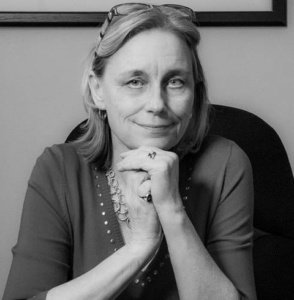 Jane has been with Adoption Center of Illinois since January of 1990, when she began as one of the organization’s first home study workers. She holds a master’s degree in Social Service Administration from the University of Chicago and is a licensed social worker.

Over the years Jane has been involved in all aspects of the agency; Domestic Adoption, International Adoption and has a leadership role in the agency’s burgeoning Post-Adoption Services Program.

“Assisting families and children as they navigate through the complex experience of adoption is a never-ending journey filled with joys and wonder. Having the opportunity to be involved with a waiting family as they evolve and blossom into an adoptive family is an incredibly rich experience. My time with the agency has been enormously rewarding both personally and professionally. I look forward to the next decade and beyond. My work here is a true privilege!” 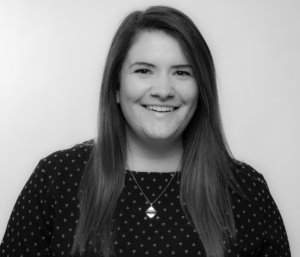 Molly has been with Adoption Center of Illinois since October 2013 as a birth parent counselor after graduating from the University of Iowa in 2013 with a BA in Social Work. After four years at ACI, Molly returned to her studies at the University of Illinois at Chicago and earned her MSW. After graduating in 2018, she returned to ACI as a birth parent counselor as well as assisting in the domestic home study services program.
“It’s an honor to play a small role in so many family’s adoption journey. Every story is different yet perfect and beautiful in their own way.” 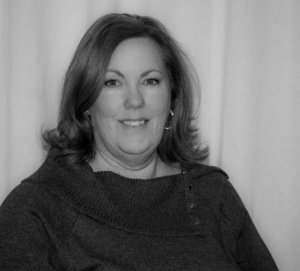 Pam joined the organization in July of 1991. She graduated from the University of Iowa where she studied psychology, child development and counseling. Pam counsels birth parents in northern, central and southern Illinois and says that after many years with the agency she still loves her job.

“Birth parents come to us during a challenging time in their lives. I feel privileged to be able to help the people I work with so they can make well-informed choices. They amaze and inspire me every day.” 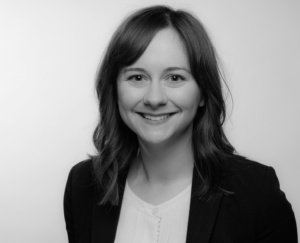 Teresa Bernu first joined ACI as a Home Study Worker in February 2017, and later transitioned into the role of Domestic Program Supervisor in October 2017. Prior to joining ACI, she worked at the Center for Law and Social Work as an Adoption Social Worker, and later as the DCFS Post Adoption and Subsidized Guardianship Court Liaison.

Originally from Minnesota, Teresa attended St. Cloud State University and graduated in 2010 with a Bachelor of Social Work degree. Following undergrad, she spent two years as a volunteer caregiver in a Mexican orphanage, caring for the 6-9 year old boys. Upon returning to the US, she continued her studies at Loyola University Chicago, and graduated in 2014 with a Master of Social Work degree. Teresa is a Licensed Clinical Social Worker and oversees the Domestic Home Study services.

Joyce joined ACI in June of 2019.  She holds a Master in Nonprofit Management and a Bachelor degree in Accounting and Finance, both from DePaul University. Joyce worked at the Art Institute of Chicago for 18 years before joining us and is a great addition to the team.

“I am a licensed foster parent and am very pleased and passionate about working in an environment where the main goal is to care for and nurture children.” 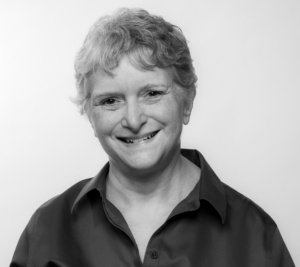 Robin began working with ACI in February 1990. She graduated from Davidson College in North Carolina with a Bachelor of Arts in Spanish. Robin serves as the receptionist and also composes reports for adoption finalizations.

“It is my pleasure and a great privilege to work with a staff of such caring people. I love knowing that what we do makes a difference for everyone involved in the adoption process.” 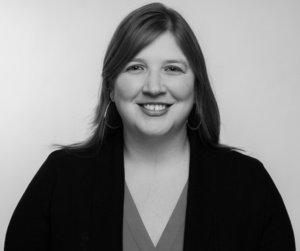 Michelle joined the agency in October of 2001. She graduated from the University of Illinois at Chicago with a bachelor’s degree in Psychology. Michelle originally began coordinating DCFS licensing. Over the years her position evolved and today she oversees all Domestic and International Home Study administration, coordinating the education and training program and monitoring foster family home licensing.

“One of the most exciting times for me is working with families and then hearing about their successful adoptions. My efforts have been part of making a difference in their lives and the lives of their children.” 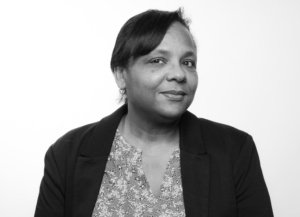 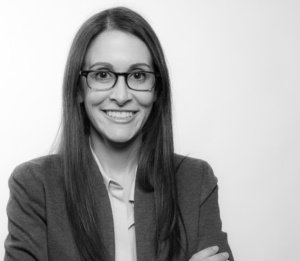 Lindsay has been with the Adoption Center of Illinois since September of 2016. In her current role at ACI, Lindsay conducts initial interviews of prospective adoptive parents, assists with training, and supports families with non-ward subsidy applications. As an LCSW she will begin to become involved in all aspects of the agency’s work and in multiple program areas.

Lindsay earned her B.A. from the University of Michigan, her J.D. from Chicago-Kent College of Law, and her MSW from Loyola University Chicago School of Social Work. Lindsay’s prior work experience includes her role as the DCFS Post Adoption and Subsidized Guardianship Court Liaison at the Center for Law and Social Work and an Advocate Supervisor at Court Appointed Special Advocates (CASA) of Cook County.

Caitlin Lange is the Director of Development at Adoption Center of Illinois. “As an adopted person, I am so honored to help children find their forever homes through adoption and experience the same happiness it has brought to my life.” She graduated with a Masters of Art, Entertainment and Media Management with a focus in Nonprofit Management from Columbia College of Chicago in 2013 and has worked in development since that time. 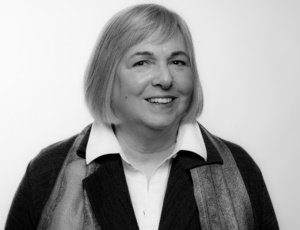 Susan is a Home Study Worker and has worked for Adoption Center of Illinois since adopting her older daughter from China in 1995 and her younger daughter in Chicago in 1997.  Susan has a BA from the University of Illinois, an MS from Loyola University and a JD from DePaul University.  Susan says that working at Adoption Center of Illinois is like being part of her favorite movie, It’s a Wonderful Life.  “Every day I get to see how my small part can have a big impact on peoples’ lives.” 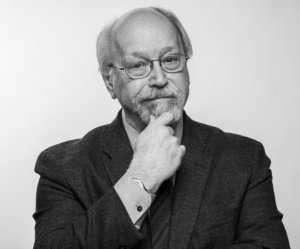 Greg Dezulskis has been working as a Home Study Worker for Adoption Center of Illinois since March 2018, conducting domestic and international home study and post-adoption reporting, from the Wisconsin border to Peoria, Lake to the Mississippi. Greg is an Illinois LCPC with 35+ years of direct service to abused/neglected/at-risk children and adolescents in state and private substitute care: as a Cook County Juvenile Probation Officer supervising trauma-focused interventions for child sexual abuse victims; as a trauma-focused staff psychotherapist for UCAN; permanency planning as a Court Liaison representing the DCFS Adoption/Post Guardianship Unit; child-focused adoption recruitment for the Dave Thomas Foundation/Wendy’s Wonderful Kids. Greg and his wife adopted their daughter through the help of ACI/FRC 26 years ago. His family has a dog and a cat, six chickens, two rabbits, and a turtle named Sookie.

Claire has worked as a Home Study Worker at ACI since April 2018. In her role Claire interviews prospective adoptive parents and writes the Home Study report needed to adopt domestically or internationally. She then has the honor of walking through the journey of adoption with ACI families. Adoption has been an important part of Claire’s life with multiple family members and friends who have adopted or who were adopted.
Claire is a Licensed Clinical Social Worker, with a Master’s Degree in Social Work from the University of Chicago School of Social Service Administration. In addition to her work at ACI, she works as a Trauma Therapist at the YWCA Metropolitan Chicago, providing therapy to survivors of sexual violence and their families. Prior to that she worked at Heartland Alliance as a Case Manager working with immigrant survivors of human trafficking.

Marilyn has worked with ACI as a Home Study Worker since 1996 and has been a volunteer since 1989. She is the adoptive mom of three children who were adopted through the agency. Marilyn has a BS from Northwestern University, is an RN and works part-time as a Nurse Practitioner. Marilyn says “I am grateful to and inspired by the people who work for this organization.” 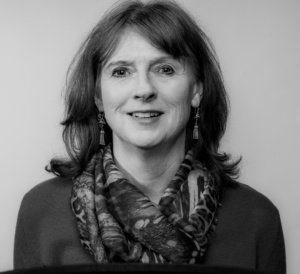 Linda has worked as a Home Study Worker for ACI since 1995. She and her husband adopted two sons through the help of the agency. Prior to being a Home Study Worker, Linda was a music teacher and junior high school counselor. Linda has a BS in Music Education and an MA in Counseling. Linda says, ‘Working for ACI is very rewarding because of the dedicated people working there, the excellence of the agency and because of all the clients I’ve truly enjoyed working with!”

Henry Over has been with Adoption Center of Illinois since December of 2015 as the coordinator of the Waiting Child Services Program. Henry assists families in locating their forever child through adoption from the foster care system. This includes consultation, linkage to services, contract negotiation and subsidy agreements. Additional duties include monitoring visits for licensing and reference checks.
Henry received his Master’s Degree in Social from the University of Illinois. He worked for the Illinois Department of Children and Family Services for 32 years in all facets of child welfare. After retiring from DCFS he served as the Director of Child Welfare for Lutheran Child and Family Services for 5 years. In his spare time he has conducted custody investigations for the court and home studies for Interstate Compact. 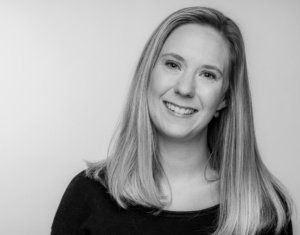 Luke joined the agency in late 2018. He is a licensed professional counselor, certified alcohol and other drug abuse counselor, and holds a master’s degree in counseling from The Chicago School of Professional Psychology. Luke is continuing his education at the same institution for his doctorate of philosophy in counselor education and supervision.

Ann has been with the Adoption Center of Illinois since 2018. In her current role at ACI, Ann is a Licensed Social Worker who conducts home study evaluations prospective adoptive parents and provides post-adoption support services. Ann earned her B.A. from St. Norbert College and her M.S.W. from Jane Addams College of Social Work at the University of Illinois at Chicago. Ann has worked in the foster care system,  domestic and international adoption, and in third party reproduction, so family building has been the focus of her whole career. Ann says,  “There is no one best way to form your family. It’s an extremely personal decision and I have been honored to have been involved in bringing families together in so many different ways, whether it be through foster care, adoption, egg donation or surrogacy”

Sam & Vince talk about their experience with Adoption Center of Illinois